The most listened musician: Kevin MacLeod!

Hello everyone, been a little while since I've done one of these. I was inspired to do this little article by a french youtuber, Seb, that i will properly credit at the end.

Let me start by saying this. What if the most listened musician on the planet isn't who you think he is? I mean, if I'd ask the question, most would say something like The Beatles, Michael Jackson, Queen or if we talk about modern artists, perhaps we'd talk about BTS, Beyonce, Drake or our good old friend, Kanyer West...!

Without further ado, let me introduce to you Kevin MacLeod! 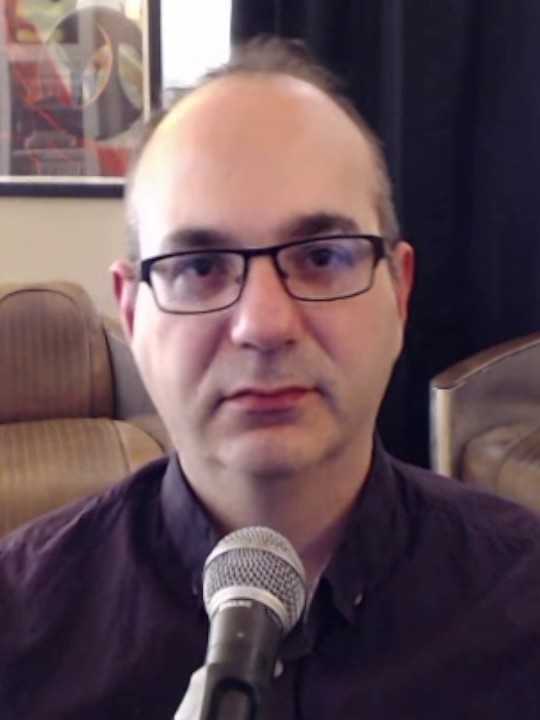 Well, that's actually fairly normal! Kevin composes copyright free song that he lets anyone use for free with the ONLY condition being to credit him... that simple! And those songs have been used in multiple videos across the years on Youtube. so much so that his music is omnipresent and that if he decided to copyright in one day all his song and ask for take downs, well, youtube might just collapse. No seriously, there are 4 BILLION videos uploaded daily on youtube and there are for sure a bunch of them with his music. But Kevin has been there since the beginning....

Worst case scenario aside, this wouldn't actually happen. See, a lot of people wonder why would he do that? It's only natural for one person to protect what he creates, right? All of us musician who create songs and hope to live from it, we wouldn't just let it be used like this, right? Well, the answer, as easy as it is, is that it's just his philosophy that music is meant to be shared. He is a simple man who loves what he does and he still does that to THIS day!

But I've been talking about his music a lot and it might not have clicked with you yet so before I conclude this, let me post some songs and see if you recognize them....


You've certainly heard at least one of those in either a youtube video, or a tik tok, movie, etc.... but now, you have the story. It simply is unbelievable in my opinion! We all had this idea of who people listen to the most as being a legendary band or a super popular modern artist and yet, it's this quiet but intensely passionate man who takes the crown, becoming a legend in his own right!

This is pretty much just a simple story I wanted to share! Full credit for not only the inspiration but also most of the infos centralized in one place to Seb, a french youtuber. His content is amazing but since there is a language barrier, I thought I'd condense it in this little article. Here's the link to his video!


Have a great evening/day Synners and I will see y'all around!

Duuuuuude! Kevin is a legend! I learned who he was a few years ago because his music was the soundtrack to my favourite Minecraft rip-off, Total Miner (and I say that lovingly because it's actually a great game and I spent many, many afterschool gaming sessions playing it with friends, but anyway..) Hearing his music always brings back a lot of great memories for me, particularly tracks like Rumination, Side Path, Cipher and Folk Around. I've actually been trying to work out a few of the songs on guitar, no joke (Skye Cuillin is HARD!)

But yeah, with such a massive library and tracks spanning all kinds of themes, I'd say it's a great idea to explore it if you wanna get some inspiration for something, or if you just wanna enjoy something different. I know Rad said his music is free to use so long as he's credited... and yet somehow I still don't think he gets enough credit for all he does and the music he's given us. What a guy.

Here's the soundtrack for TM! There's about 44 songs there, I have a feeling there may be one or two missing but oh well. Enjoy!

But seriously, I really like the music of Kevin MacLeod

As a pianist who compose, I can totally agree with him

I don't care to gain money or any celebrating, everyone can use my music, I just want to be credited
For example, I let a conservatory to use one of my piano piece for composing lessons for their students (with another music piece from another pianist from my school)
Reactions: Radu-Cristian Perde
•••

But seriously, I really like the music of Kevin MacLeod

As a pianist who compose, I can totally agree with him

I don't care to gain money or any celebrating, everyone can use my music, I just want to be credited
For example, I let a conservatory to use one of my piano piece for composing lessons for their students (with another music piece from another pianist from my school)
Click to expand...

That’s so cool!! Anyways we can get to hear that piece you composed!?
Reactions: Saphyra
•••

Radu-Cristian Perde said:
That’s so cool!! Anyways we can get to hear that piece you composed!?
Click to expand...

Of course but I don't remember if I recorded

Dan Shipway said:
We cant bring up most listened to artists without talking about the behemoth that is 009 Sound System
Click to expand...

He was in a large majority of YouTube videos in the early 2000s (basically the birth of YT) due to his name being at the top of some YouTube music library. It was a site that allowed for YouTubers to get copyright free songs and put them in their vids and as a result of his name being near the top of the list when you searched alphabetically, he was everywhere. It was the sorta time period where people were using songs like Popcorn, Bring Me To Life and Scatman were in the background of lots of videos.

Here are a few tracks from them:

Music that deeply touched me: The Batman Soundtrack!

The Genious of Lenny Breau

Story Time: Robert Johnson and the deal at the crossroad.